- August 29, 2017
JUSTICE ABHAY SHREENIWAS OKA
B.Sc.,LL.M.
Born on 25th May, 1960. Did B.Sc., LL.M. (University Of Bombay), Enrolled as an Advocate on 28th June, 1983. Started practiseing in Thane District Court in the Chamber of his father Shreeniwas W. Oka. 1985-86 joined the Chamber of Shri V. P. Tipnis (now Lok Ayukta of Maharashtra). Appeared in serveral important matters and in public interest litigations. Elevated as Addl. Judge of the Bombay High Court on 29th August, 2003. 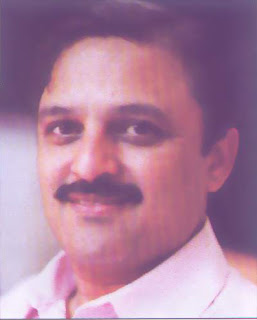 Honourable Shri Justice Abhay Shreeniwas Oka B.Sc., LL.M. 2003
Justice A. S. Oka, B.Sc., LL.M. was born on May 25, 1960. He was enrolled as an Advocate on June 28, 1983. He practised for 19 years in the High Court, Appellate Side, Bombay in Civil, Constitutional and Service matters and specialised in all the matters. At present he is a Member of Disciplinary Committee of Bar Council of Maharashtra, Goa. He was Group A Counsel on the Panel of the Union of India. He was appointed as an Additional Judge of the Bombay High Court on August 29,2003 and appointed as a permanent Judge on November 12 , 2005.
High Court Judge


Statement of Objects and Reasons appended to the Constitution (Seventy-second Amendment) Bill, 1991 which was enacted as the Constitution (Seventy-third Amendment) Act, 1992
STATEMENT OF OBJECTS AND REASONS
Though the Panchayati Raj Institutions have been in existence for a long time, it has been observed that these institutions have not been able to acquire the status and dignity of viable and responsive people's bodies due to a number of reasons including absence of regular elections, prolonged supersession, insufficient representation of weaker sections like Scheduled Castes, Scheduled Tribes and women, inadequate devolution of powers and lack of financial resources.
2. Article 40 of the Constitution which enshrines one of the Directive Principles of State Policy lays down that the State shall take steps to organise village panchayats and endow them with such powers and authority as ma…
Read more