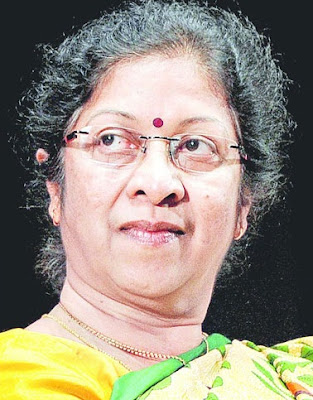 During her legal career, Justice Manjula Chellur served as a legal advisor to several banks, agro- industries and other Organizations besides handling several important cases both on civil and criminal sides.

Visited the Crown Court at Durham, UK, during stay in England for a year.

In April 1988, she joined the Karnataka Judicial Service as District Judge.

Fellowship on Gender and Law in 1997 at Warwick University, UK.

Appointed as Permanent Judge of Karnataka High Court in August 2000.

Was Executive Chairperson of Karnataka State Legal Services Authority and taken keen interest for the welfare of transgender and organized Seminars throughout the State of Karnataka.

Appointed as Acting Chief Justice of the Kerala High Court on 9 November 2011 on transfer from the Karnataka High Court.

Appointed as Chief Justice of the Kerala High Court on 26 September 2012.

In recognition of her outstanding contribution in the field of law, the Karnataka State Women's University, Bijapur, conferred honorary doctorate on Justice Manjula Chellur in March 2013.