- February 17, 2018
Article 1 of Indian Constitution lays down that India, that is Bharat, shall be a Union of States. 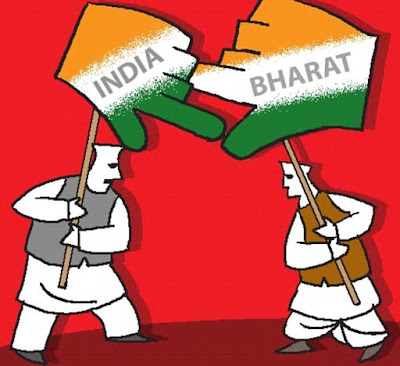 The question of the name of the country was discussed in the Constituent Assembly at some length. While 'Bharat' was the ancient name and represented the first expression of the consciousness of the unity and identity of the country,  India was the modern name by which the country had since become known all over the world. As a member of the United Nations also the name was India and all international  agreements were entered in that name. Both the names, therefore, had strong votaries. Finally, the name 'India, that is Bharat' was adopted as a happy compromise.

The emphasis on India being a 'Union' was to convey the fact that it was not  the result of a compact or agreement between the Constituent Assembly which derived  its power and authority from the sovereign people of India. No state could, therefore secede from the Union nor could it suo motu vary its territory as laid down in the First Schedule to the Constitution. Dr. Ambedkar said in the Constituent Assembly:

The Americans had to wage a civil war to establish that the States  have no right of secession and that their Federation was indestructible. The Drafting Committee thought it was better to make it clear at the outset rather than to leave it to speculation or to dispute.
Article